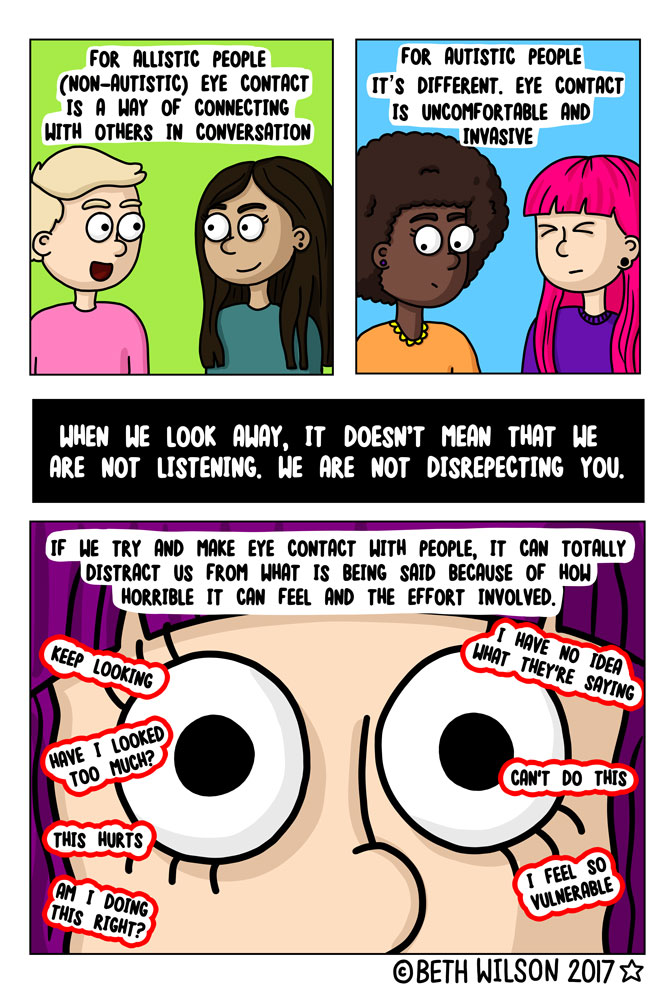 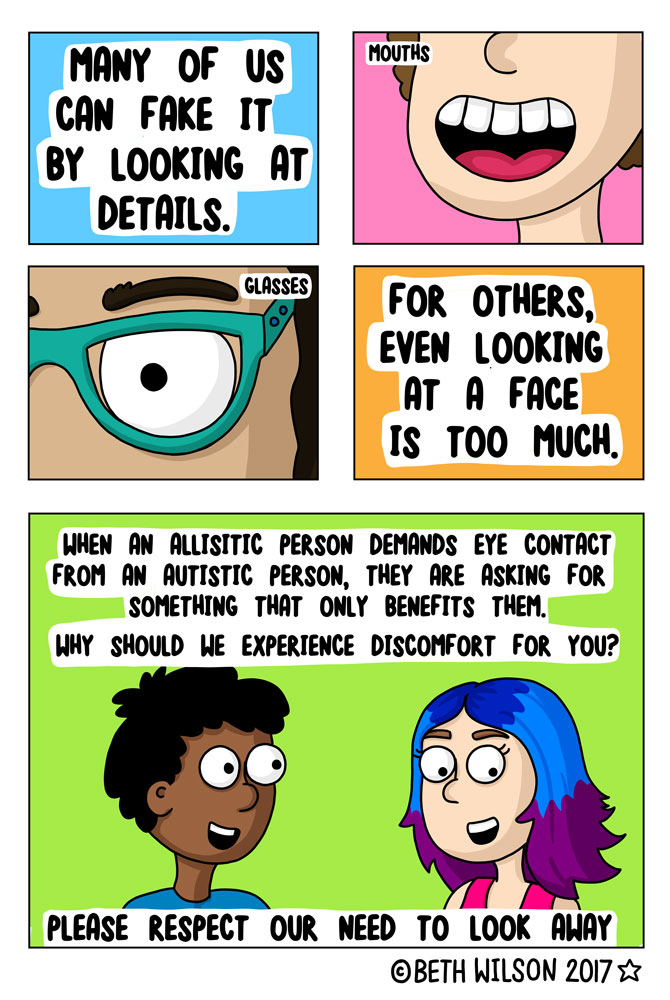 To better explain this I asked lots of autistic people how eye contact feels for them. If you would like to add your experiences to this please tweet @doodle_beth. I would love to hear from you

force my gaze into it, it just bounces off. I can sometimes "game" it by unfocusing my eyes and pointing my face at theirs,

Burning rods through my eye sockets. Will avoid at all costs. I wear sunglasses at almost all times around NTs.

Piercing, like Im completely naked. It’s awful, but like many, I’ll do it to make others feel comfortable :/

The closest I can describe it is like the person is touching me. It's an almost physical sensation and is too uncomfortably intimate for me.

I feel like I am being stared at by a monster with eyes that can see into my mind & that it will rip my head open. My eyes burn. I feel sick

Can't think right when it happens.. interrupts w/e I'm doing/thinking w preoccupation w being scrutinized n they might do next. Interruptive

Depends on how I am and the person I'm talking to but often feels painful & too intimate.

I glance regularly to get an idea what they're thinking, but maintaining it makes it hard to think, and impossible to converse.

Pointless distraction that interrupts my other cognition and makes me worse at communicating with substance. I'm sick of the expectation.

It feels like a giant stop sign is pushed into the centre of the conversation, forcing words into the corners

Like being put on the spot. Asked an impossible question in front of a room full of mocking ppl, set up to fail in front of a critical world

I make my comics for free but it takes time away from work I do to make a living. If you like what I do and want to support me please tip me!